"In the legal industry, blockchain is the latest buzzword. Law firms and industry groups are rallying around its potential applications in law. But even with all the buzz, it is sometimes difficult to visualize how blockchain might be used in our day-to-day practices," wrote Bob Ambrogi a prominent legal technology journalist in a recent blog post uses of blockchain for legal.

Wondering How Blockchain Can Be Used in Legal? Here’s One: Service of Process https://t.co/ObyzMIXQtI pic.twitter.com/nd6KVfddSk

Ambrogi’s post came after ServeManager was invited to present their service of process on blockchain proof of concept (PoC) during Legal Week 2018. Ambrogi was in attendance for the presentation at the offices of Orrick, Herrington & Sutcliffe in New York City. Also presenting their PoC’s were NetDocuments, a leader in cloud-based document management, and Fasken, a Toronto-based law firm with over 700 attorneys, also presented their blockchain solutions.

Blockchain is a decentralized and distributed digital ledger that is used to record online transactions across many computers. Entries on blockchain are unalterable and is the technology behind many cryptocurrencies including bitcoin. Our sister company, Legal Talk Network, has a more detailed definition of blockchain.

Several legal-related media outlets were in attendance for the presentation of the service of process on blockchain proof of concept. Above the Law also published an article titled, "Blockchain For Dummies Non-Transactional Lawyers - Does blockchain confuse you? You're not alone -- but here's some help." A great summary on the event and how blockchain can be applied in legal.

All three companies that presented are members of the Global Legal Blockchain Consortium and are the first three to build solutions on top of the Integra Ledger blockchain for legal.

"While this is a proof of concept still, it’s a very real and tangible application of blockchain for legal," said ServeManager CTO, Trent Carlyle. "This also represents our team’s commitment to innovation. We want to make sure our customers are using the best product possible that supports their business and the growing demands of their clients. If a technology like blockchain can advance our product and this industry as a whole, it’s something we need to explore." 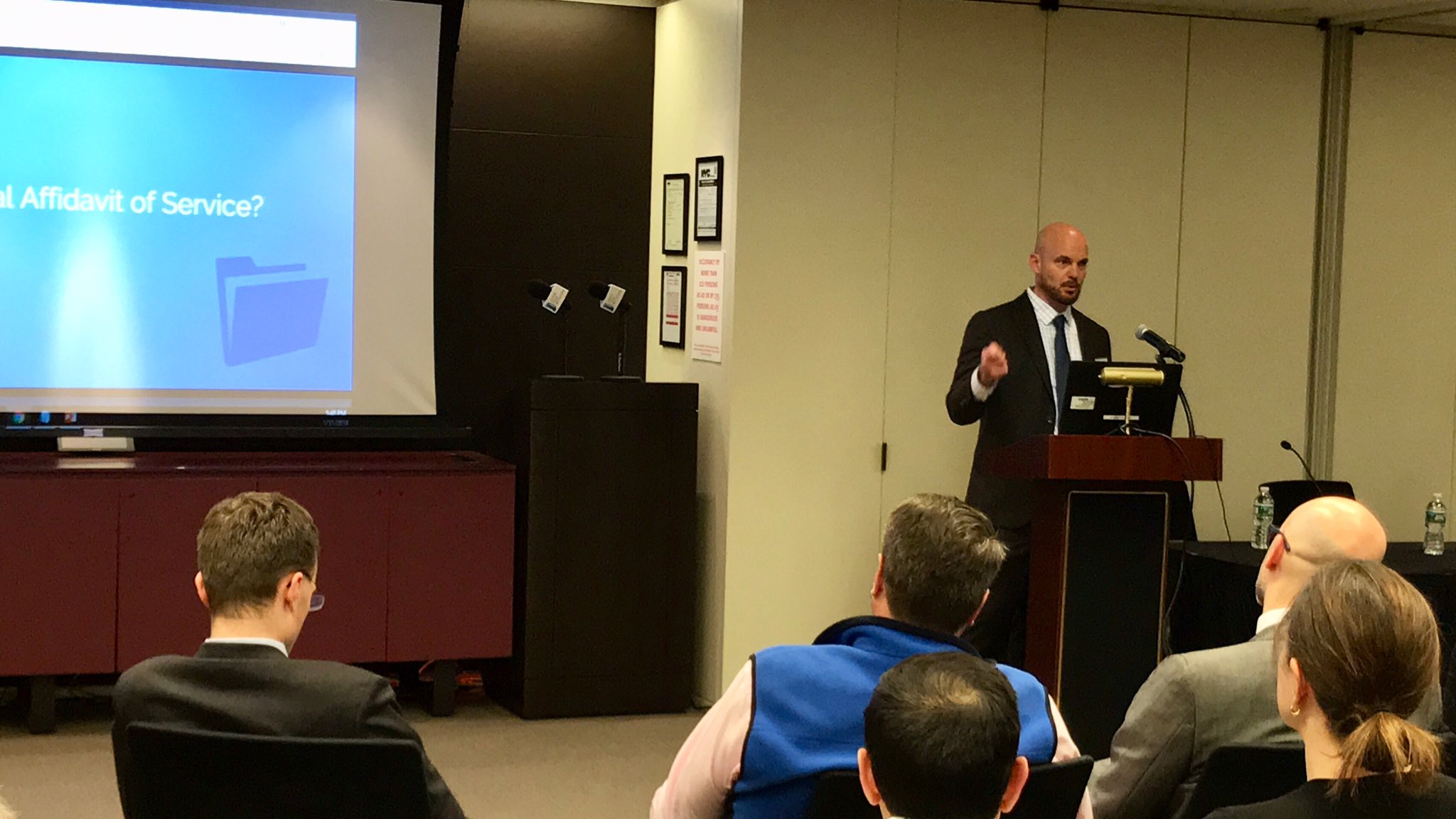 The PoC also attracted the attention of the Colorado Bar Association as ServeManager CTO, Trent Carlyle, was invited to demo the solution at a CLE event on blockchain held by the Technology and Communication committee.

You can learn more about ServeManager’s PoC for service of process on blockchain here, but it is summarized as "providing courts, law firms, governing bodies and parties to a case with access to verifiable, untampered service of process data".

It should be noted that this tool is not yet available for public use, but could become available to ServeManager customers in the near future as an optional feature.